A work in progress... no idea as to when I'll finish it.. and as to meaning? It's conceptual, and has been knocking around in my head and heart for over 2 years now... so you guess, if you would like! 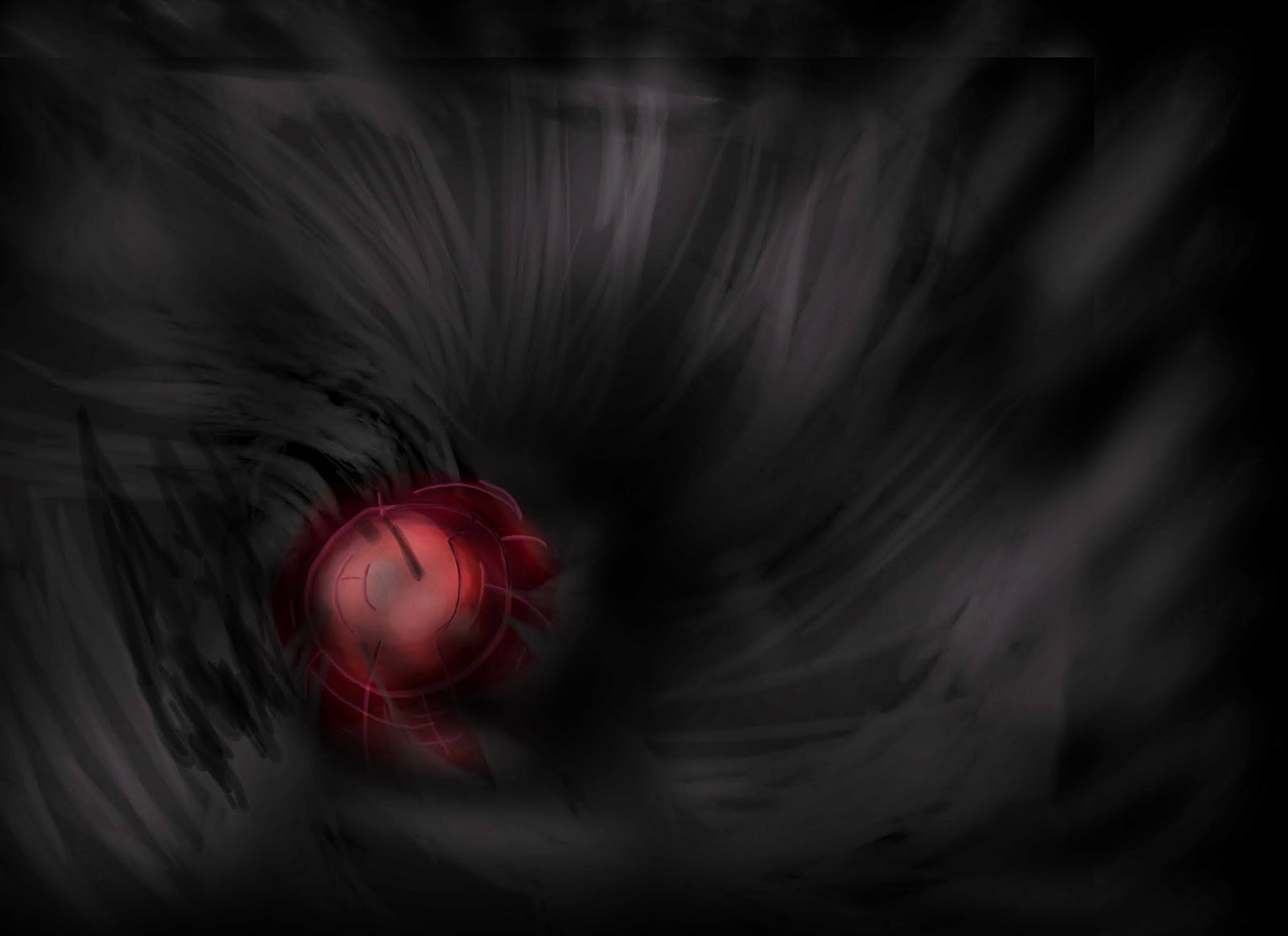 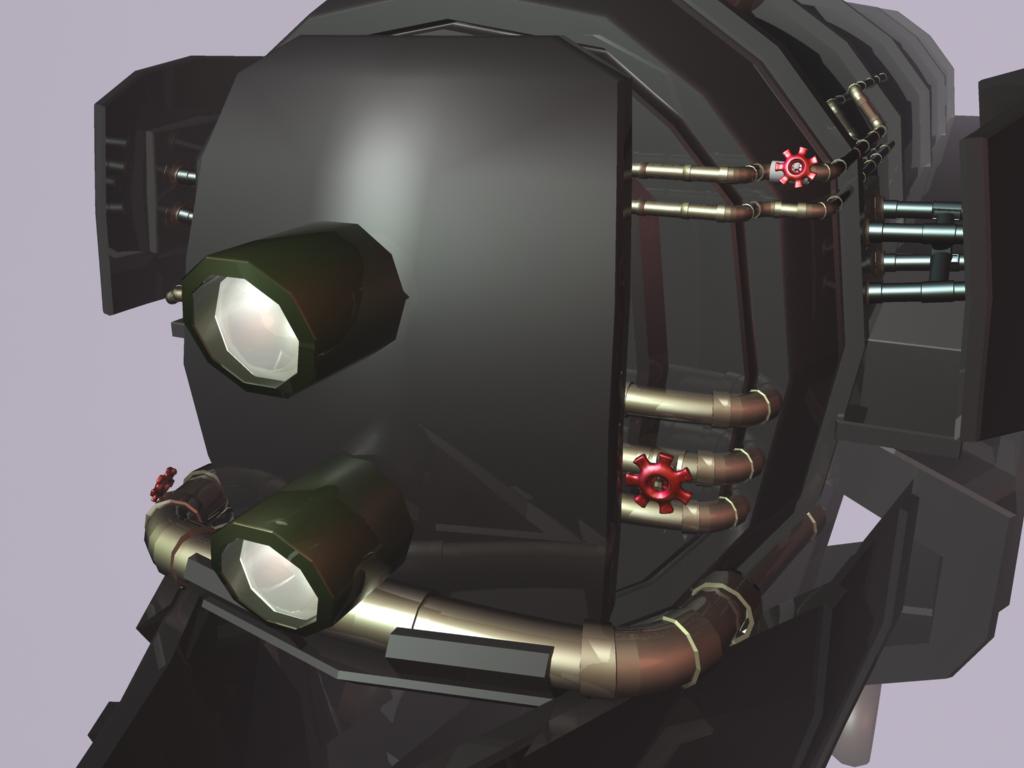 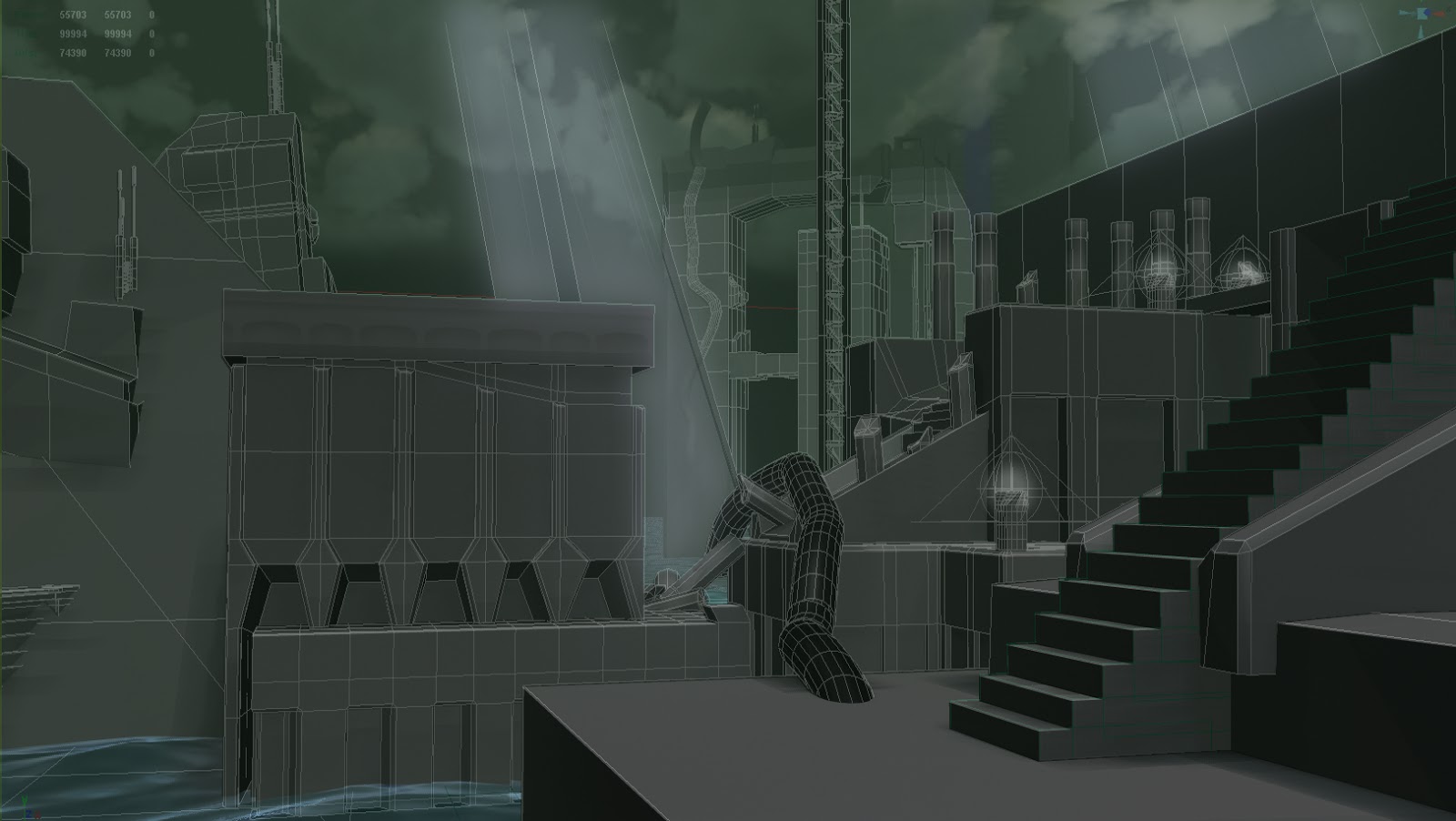 Working on a few side projects just to push what I do with modeling. I'm learning how to use Blender now and it's like learning to walk again, it's tough going from Maya, which I am fairly decent at but can in no-way afford, (to the tune of around $5,000 USD depending on retail outlet, shipping and features) to Blender which is free and actually very robust but could be a lot more user-friendly.

Nevertheless Blender is a complete package, it features not only modeling, animation and a game engine but also a composite video editor, a strong renderer and an excellent and friendly online community, as well as a strong network of professional artists and engineers.

I just have to learn to use it... that's my only hurdle. XD
Posted by Unknown at 8:59 PM No comments:

Musings on The Wasteland - An Essay on a Work by T.S. Eliot

To be absolutely frank, I am almost entirely overwhelmed. To even begin to think upon this poem is a momentous task. Now, it seems to me as if there is a story being told, that there is one general arc in which this literary work flows, but with the almost cacao-phonic level of voices used in this piece, it makes it all the more difficult to decipher the course upon which this work sails.
Considering how you, our instructor alluded as to the grail-seeking influence that many have ascribed this poems' intentions to, I decided to try to look at it from that standpoint. Oddly, however, when I got to the chess game portion of this tale, I was immediatly struck by a imagined simmularity to Homers' The Odessy. I think this was probably from the aged queen-like figure seated upon her burnished throne, seemingly to me as Penelope, and the dolphins' image, oft the symbol associated with Ulysses, that graced the mantel. However, when I later read through the Exploring the Wasteland website, I found that I was in error, as the collection of references where in actuality in reference to a mixture of Shakespears' Cleopatra and Antony, and Aeneas and Dido for Virgils' epic: the Aeneid. At the same time, however, several pieces that utilized female characters in their dwelling made me think of brothels as well. Ah. I fear for what this may mean for my mental state. (I would also like to mention that the annotations that other have made on this piece makes me wanted to expand my literary repertoire very much, and I wish to begin this foray with The Golden Bough, by Sir James George Frazer. It would seem that my knowledge of ancient religious text and the classics is sadly lacking.)
This poetry work, it would appear, is much-steeped in biblical references, those of the recounts of the hermit Ezekiel, the book of Isaiah,

There also seems to be a great deal of male/female duality. Such as the hyacinth girl, as according to this poems' notes, the hyacinth is a males symbol. Also there is the "Old man with women's breasts", with "wrinkled dugs", dugs being another word for teat, a more agriculture-based term for mammary glands. So perhaps the characters of this piece are only incidental to the story itself, and serve only to give a face to humanity as a whole. What I am thinking is, that maybe this poem is actually a description of the plight of humanity. and that when we hurt each-other, we are also hurting ourselves. Maybe that is the reason for this dichotomy I perceive. I also fount the websites' translation of the line Mein Irisch Kind to be a bit odd. The website says it means My Irish Darling, but as far as my own very poor German goes, I know kind to mean "child", while it is liepschen that means "darling", or "beloved".
TS Eliot is very good at what I could only call descriptive atmosphere. When he paints a scene through literature, he not only fills in the contours, light and shadow, but he also adds in rich, detailed color as well. So it is fair to say that there are a few lines that somehow struck me deeply. Such as this:

A woman drew her long black hair
(seems to be a reference to Morrigan, a Death-associated Goddess of War)
And fiddled whisper music on those strings
And bats with babyfaces in the violet light
(these seem to be the netherworld's' version of the heavenly cupidon)
Whistled, and beat their wings
And crawled head downward down a blackened wall
(Blackened? From burning? From the atrocities of war?)
And upside down in air were towers
Tolling reminiscent bells, that kept the hours
And voices singing out of empty cisterns and ex-hausted wells.
(This seems to me to be the earth itself, crying out in anguish)

Also:
In this decayed hole among the mountains
In the faint moonlight, the grass is singing
Over the tumbled graves, about the chapel
There is the empty chapel, only the wind's home.
It has no windows, and the door swings,
Dry bones can harm no one.
(I find this verse to ring of hollow beauty, a quiet, peacefullness, but of sadness as well.
and the forgetfullness of Time, illustrated beautifully by just one line:)
Or in memories draped by the beneficent spider.

I've run out of space. I rather enjoyed this assignment, my thanks to our instructor!
Posted by Unknown at 2:10 PM No comments:

Life isn't fair, but, at the same time, the fact that our lives are not simple and easy, is a form of fairness in and of it's self.

People in general, however, don't tend to see this. We tend to candy-coat things, masking life for what it really is from our children. Those children grow old, mature, and embark upon a society that they are not really prepared for. Some of them do well enough, others fail. And whilst failing, and falling, they strike out around themselves seeking another to blame. Such efforts, however, shall find no target, as there is none to blame. None shal step forward, since there is no-one to blame but ourselves. All this I get from peering at a photograph I made whilst touring the streets of San Francisco's Civic Center.
Perhaps when you first see this picture you won't think much of it. You only see a window, and it's partnered wall, with brass adornments. But take a closer look. The adornments are in fact a series of spikes. Why are such things on a windows' sill? It it to keep people away. A certain kind of people. People who have nowhere else to go, nowhere to keep warm, and to feel safe. I have often thought on this problem. Such a thing as this, it doesn't just plague our own society, but that of many others as well. It is worldwide. Other people often think that it is our governing body's responsibility to help out those of us who are homeless, that it is society that is to blame. Surely, it's someone else's fault. I had though like that before. I stopped, however, for I thought it useless. Those people, they are ourselves. Our problems are essentially that same, in the mental aspect. We like to blame others for our various anguishes.
Even though the very fact that we are seeking answers is a positive direction, the conclusion that is often arrived at is ultimately unhealthy. The fact is, there is no-one to blame but ourselves. We are the government. We are all this nation, and the homeless masses are also a reflection of self. We need to let our children know about the realities of life. About the grim, as well as the brisk. This window with the spiked sill represents to me an unbalanced view on life.
Posted by Unknown at 1:58 PM No comments: 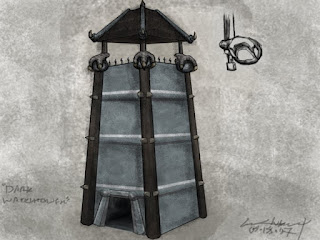 Initial sketch of my tower. 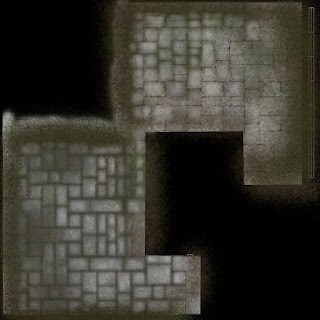 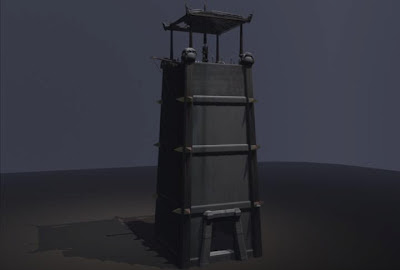 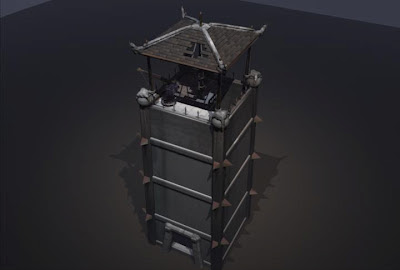 How my tower came out. 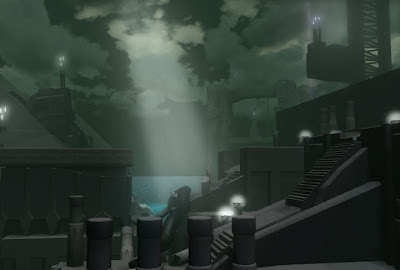 A rough in 3D, I'm working on the textures for this. 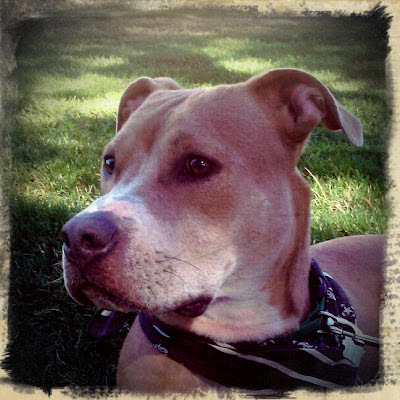 The noble Jasper McDoggie. If this photo looks good, it's through no fault of my own, I fully lay the blame on Retro Cam on my Android phone. 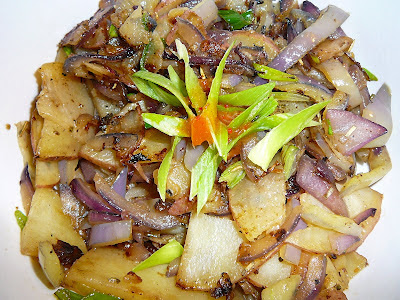 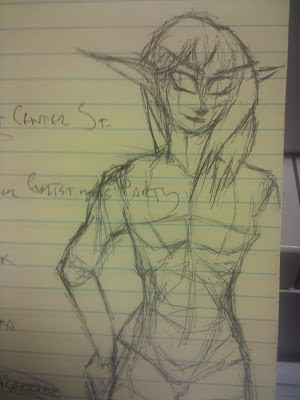 This is a 'marginally' decent sketch. /pun-mode 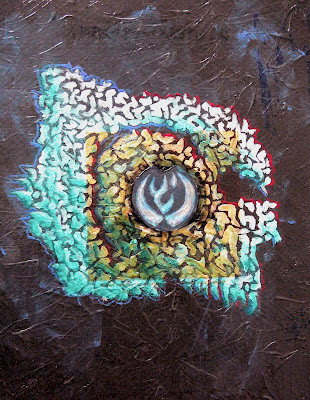 One of my first jobs straight out of Ex'pression was with Blicks Art Supply, where I worked with a bunch of other starving alumni. Best thing? Great employee discount, so I got to make paintings like the one on my artpad here using really high quality acrylics I probably wouldn't have gotten otherwise. ...but now that I've used Golden, (the brand) there really is just no going back to the cheap stuff. My poor wallet. 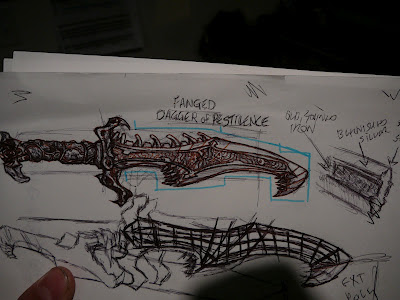 A rough for a 'design a nasty weapon' contest that Game Artisans was running. I have the 3D model somewhere, I'll post it later. :D 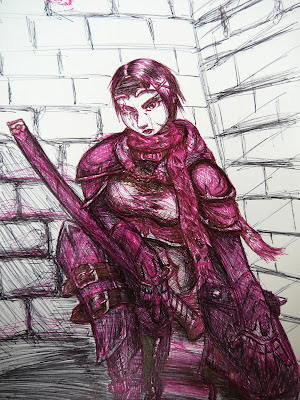 I drew this a little sideways with my head leaning on my arm in Starbucks while living in Emeryville (E-vil FTW!), so it's a little distorted. 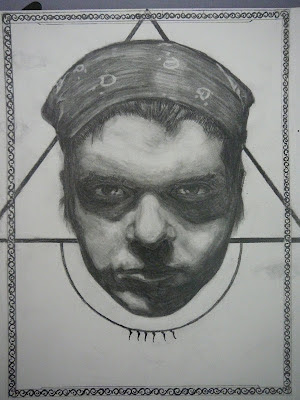 I don't really like the eyes that I drew here, they're poorly rendered and are actually 'symbols', rather than actual eyes. It's a technique I really need to refine. But hey, it ended up on the wall in my college figure drawing class, so I guess that's something! 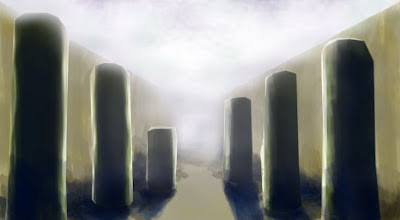 I was playing with one of the school's loaner Wacom pads, really need to either get mine fixed, or just replace it with a Bamboo Fun.
Posted by Unknown at 1:00 AM No comments:

Well the CDC is slinging this too, but in a whole new light.

I've always had a sympathy for the Center of Disease Control, but always thought they would be a fairly dour and serious organization.

Who would have thought they'd have such a fun sense of humor? 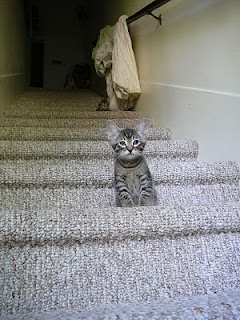 Just some personal work, something I enjoy doing on my off time.
Posted by Unknown at 1:53 PM No comments: